Marion Ravenwood tells it like it is: straight, no chaser.

The news of Mick Aston’s voluntary retirement from Time Team hit Twitter this morning with all the fury of a woman scorned. As if the fact that the misogynist tone of the Daily Mail article (and typical run of badly-spelled comments) wasn’t bad enough, many of the bloodthirsty early morning tweeters seemed to agree, turning the car crash into a pile up of bandwagon-hopping twits.

We have to assume that much of what Mick said has been taken out of context to suit the Mail’s mission to stir the shit, especially seeing as it’s the cover story of the forthcoming issue of the respectable publication British Archaeology. The Editor (see HERE) must be writhing in his chair to see how his ‘scoop’ has been mashed, and the valid Countryfile comparisons dropped in favour of the witch-hunt against Mary Ann Ochota.

Mortimer Wheeler would be rolling in his grave, after having devoted much of his life to encouraging so many pretty women into archaeology. Much is being made now, towards the end of the day when cooler tempers prevail, about Mary Ann’s degree in Arch and Anth from Cambridge. She is primarily a Social Anthropologist, and a very successful one at that; but even so, how is she any less qualified to go on TV and talk about archaeology than, say, Tony Robinson? And why is no one yelling about Alex Langlands? He gets just as much air time as Mary Ann, and he is also much younger than Mick. And he’s been wearing that hat. What about him?

I am extremely pleased to have someone in TV archaeology to look at and listen to besides Neil Oliver and the ever-smiley Dr Alice Roberts. They are both credible presenters and nice people, but I am

sick of the mafia-like corner they have on the market for these kinds of programmes. What’s next – a series called ‘Alice and Neil Get A Room,’ where they go around redecorating Iron Age roundhouses? Again – not the fault of the presenters, but more the visionless executives who don’t require fresh talent and ideas.

Mick Aston’s interview (which I await reading in full) puts me in mind of the 2006 World Cup final, when Zinedine Zidane head-butted Marco Materazzi. I don’t think Channel 4 insulted Mick’s sister, but the fiddling they did to Time Team has drained the life out of his life’s work; and thus, we are all witnesses to the unsporting end of the fabulous career of a cultural icon.

Let’s break down the problems: Channel 4 forced Time Team to relocate to Cardiff last year, as a condition of their contract. Then they split the viewing season, and now they are messing around with the time slot from week to week: this is well-known telly tactics for killing a show that you don’t want to commission anymore. Last week’s viewer numbers were less than 1m for the first time ever and now C4 is worried. Surely they must know the first rule of business strategy is not to mess with your cash cow?

The move to Wales meant that the heart of the crew, who had been together since the first series, had to be replaced with Cardiff-based staff. Seizing the opportunity to try something different (why not?), management decided to bring on board some younger presenters and archaeologists and give it a whirl. 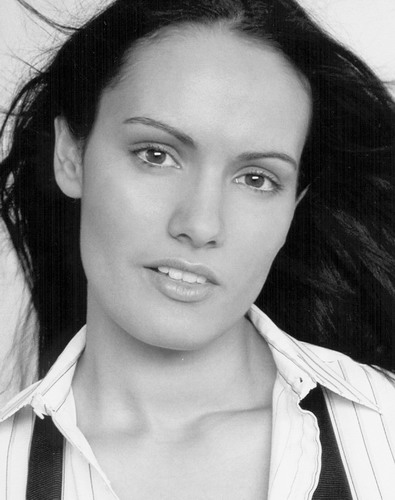 of it worked, some of it didn’t – but the absolutely unforgiveable oversight was the decision to let the focus stray from the trenches (we know who is responsible – and we could tell you, but then we’d have to kill you). It’s an archaeology show, full stop. The first three episodes of Series 19 look more like any old lame reality show where people sit around talking at each other, then have to do weird ‘challenges’ from time to time – in this case, poke around in the dirt for a little bit.

The management is well aware, with perfect hindsight, that it was a mess. The changes that didn’t work have been changed yet again, with the forthcoming filming season ready to rip. It will be all about the archaeology again, Stewart and Helen are back, and Alex and Cassie are staying. Mary Ann’s head was the unfortunate – and unfortunately pretty – one to get the chop.

It must be said here that Mick was the heart and soul of the original team; but just like France’s fans have embraced new star players, so too must we embrace the next generation of Time Team – which has always been the sum of its very interesting, unique and eccentric parts. Spare a thought for the remaining archaeologists, who still operate as the UKs biggest research unit, and take pride in trying to excavate and publish sound results in a very short time frame.

So why was everyone so angry this morning, and why was Mick’s retirement such big news? I think it’s because it hits an exposed nerve: archaeology is increasingly unimportant. We have moved backwards to the situation before Time Team and commercial archaeology brought contemporary relevance to the discipline, and we are seeing the effects of this in sharply declining jobs and resources. Mick’s leaving is the powerful expression of the end of an era, and there is nothing on the other side to feel hopeful about. I think that’s where we must put our collective energy, and be ready to support whatever may come along to fill the void.

Supermodels don’t get out of bed for less than £10,000. In archaeology, we have a different bottom line; and it seems like Mick would have carried on getting out of bed for just a little bit of respect.